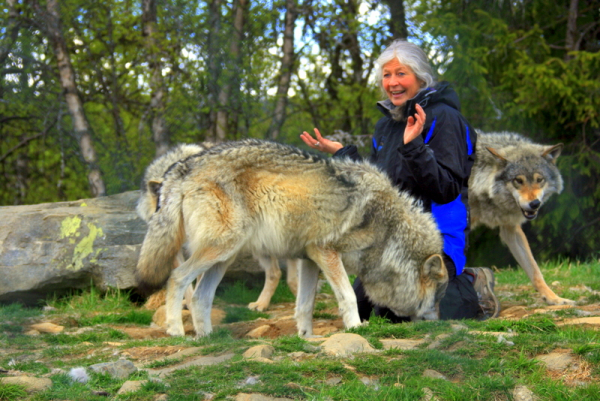 Langedrag and their socialized wolves.

Langedrag was the first park that kept wolves in captivity. Early in the 1980's, Langedrag was asked to host a pair of wolves (Gråbein & Luna) by the University in Oslo. They needed somewhere to research wolves and their behaviour due to the reintroduction of wolves in Norway.

The first wolf that was socialized here was the daughter of Gråbein and Luna, Varga. Experiences were made and a new pair was socialisec 16 years ago, Ask & Embla. After that, Edda & Odin. Due to an eyedisease, Edda & Odin sadly had to be let go. Embla lived for 7 years. In 2006 two new males was socialized, Varg and Irgas and today they are our pack.

Our socialized wolves are not the pack we visit. Only Tuva and Andrè can join them. Join us for our guided tour at 14:00 during high season and see how they communicate and play.