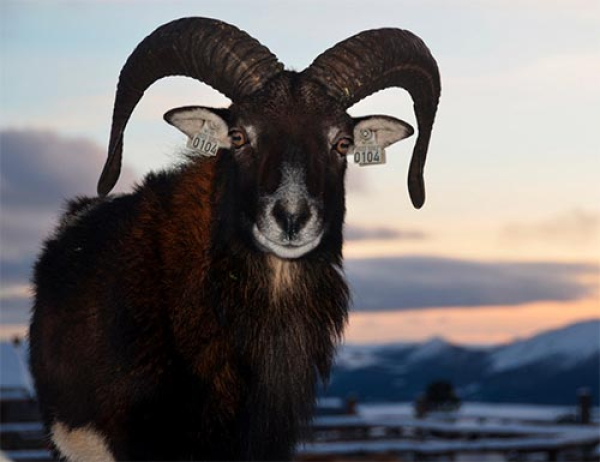 Mouflon, (Ovis aries), small feral sheep (family Bovidae, order Artiodactyla) of Corsica and Sardinia (O. a. musimon) and of Cyprus (O. a. ophion). The mouflon stands about 70 cm (28 inches) at the shoulder and is brown with white underparts. The male has a light, saddle-shaped mark on its back and bears large, downward curving horns with the tips turned outward. The mouflon most likely derives from a domestic sheep of Asia Minor that was introduced to Mediterranean islands some thousands of years ago (perhaps in the Neolithic period), presumably for meat, fur, and milk. No fossilevidence exists of any previous presence of mouflons on these islands. The female is usually hornless (a sign of past domestication), but females from Corsica often bear small horns. In the last few centuries, the mouflon has been introduced for hunting purposes into parts of continental Europe. The rut falls in late September and early October, with one, sometimes two, lambs being born in March. Like the domestic sheep, mouflons mainly graze (eat grass), but they also occasionally browse (eat from shrubs or trees).