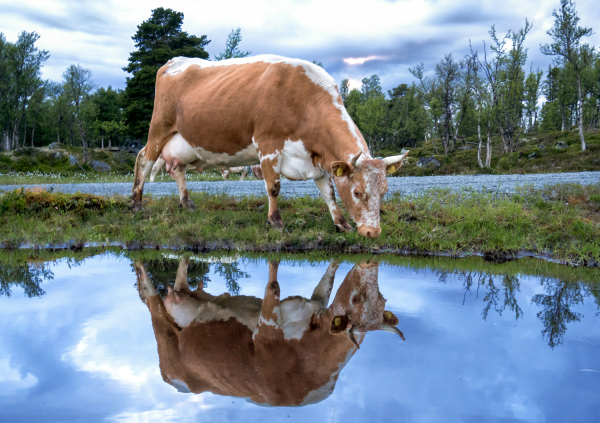 Not long ago cattle were used for many purposes including meat, milk, and labor. Today beef cattle are raised primarily to provide people with meat, and hundreds of useful by-products. Most cattle graze on grassland that is steep, hilly, dry or rocky and not suitable for building houses or growing crops. The main reason cattle are raised in different climates and settings all over the world is because they can thrive on low quality rangeland feed and grasses.

Cattle are descended from a wild ancestor called the aurochs. The aurochs were huge animals which originated on the subcontinent of India and then spread into China, the Middle East, and eventually northern Africa and Europe. Aurochs are one of the animals painted on the famous cave walls near Lascaux, France. People started domesticating aurochs between 8,000 and 10,000 years ago. Cattle were domesticated after sheep, goats, pigs, and dogs.